For my next venture into the city, I walked around the Barcelona marina, saw another cathedral, and walked along La Rambla. The waterfront area was gorgeous, with a big area for sailboats and yachts. On Saturday night I even went to a small party on one of the sailboats, which was a blast.

You can also take the metro and walk a couple of minutes to reach a beach, where I had my first swim in the Mediterranean! The beach was pretty crowded, but it was nice warm water.

La Rambla is one of the main city streets, and a huge mish-mash of really nice architecture, tourists, pickpockets, and street performers. 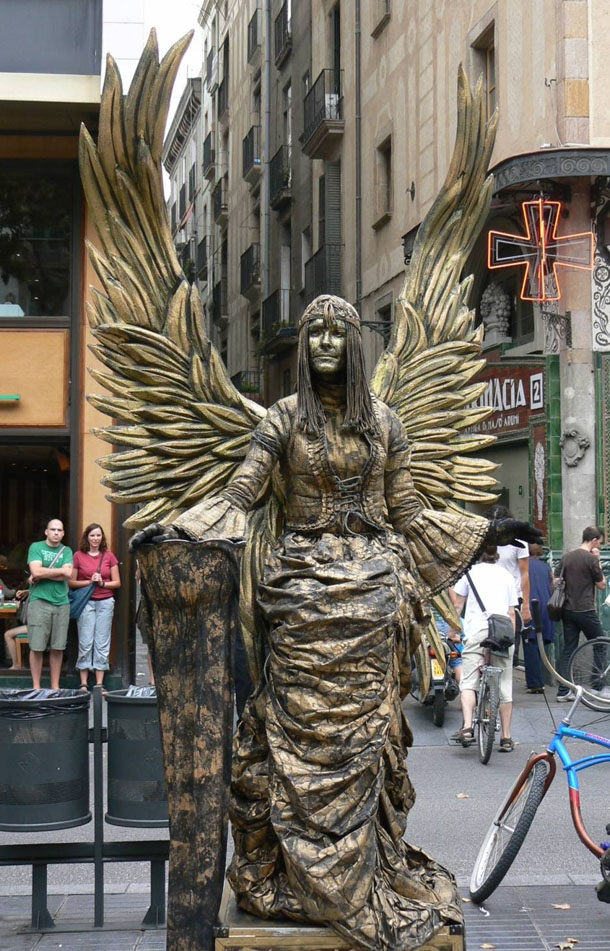 I also visited Santa Maria del Mar, which is a lovely gothic cathedral, completed in under 60 years of construction! That means it's one of the few cathedrals that were built in only one architectural style, called Catalan Gothic.

Finally, I went to el Born, an archaeological dig in the middle of the city. It was originally supposed to be the construction site for a library, but instead an entire buried neighborhood was unearthed!

So, despite the US team loss, I had a nice couple of days.

Some of my next tourism destinations included the Castle of Montjuic, a public park, and the Picasso Museum. So,…

For my first full day in Barcelona, I worked on some cool fluid dynamics and heat transfer models for…